Skip to content
No Comments on Magic Mushrooms: a Historical ChronologyPosted in Blog, Blog Post, Uncategorized By SalesPosted on August 30, 2022September 10, 2022

Magic mushrooms have a very long and interesting history. In fact, without magic mushrooms, the world might be a very different place. Historical evidence suggests that psychedelic plants inspired our ancestors into arts and spirituality. If you look deep enough, you’ll find psychedelics substances at the root of most religions.

His stoned ape theory suggests that monkeys became creative and civilized because they ate magic mushrooms.  Nevertheless, even if it wasn’t mushrooms that forced our evolution, there’s no doubt that our early ancestors were getting high on mushrooms. And evidence of this can be found in cave paintings from all around the world.

Some of them date back as far as 9000 years, most of them contain very similar, complex geometric patterns, ethereal figures, and images of mushrooms. Researchers suggest that one way to explain this would be if the creators all shared a similar psychedelic experience. 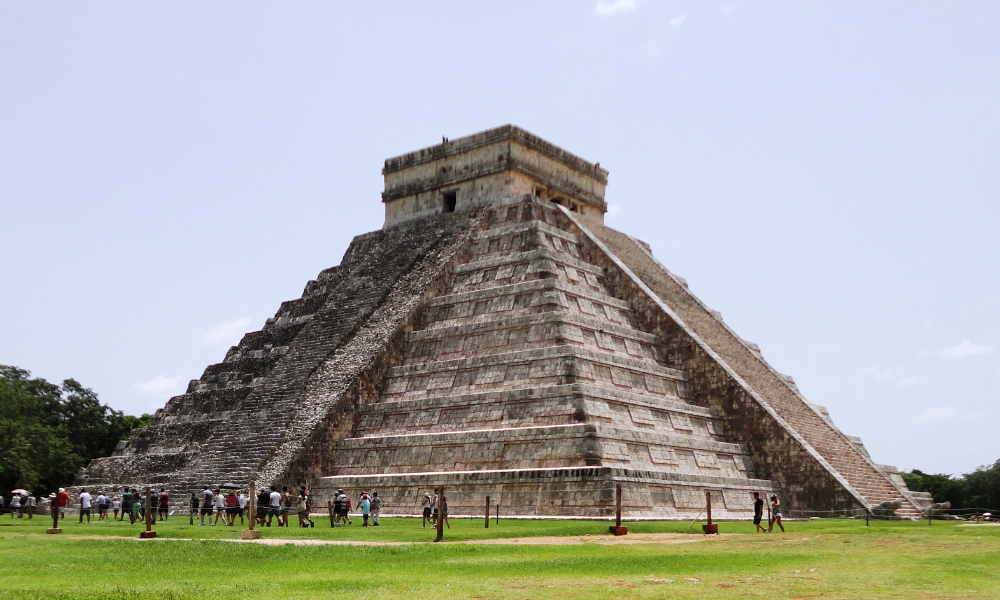 Our ancestors didn’t stop at cave paintings. Gradually they evolved into societies and civilizations. And some of these ancient cultures were based entirely around magic mushrooms. The most famous of these cultures were the Aztecs and Mayans. But they weren’t the only ones who had magic mushrooms at the center of their daily life.

Early Mongolian civilizations are highly associated with the Fly Agaric mushroom. The Druids and Pagans had their Liberty Caps, the ancient Greeks drank ergot and the Hindus had Soma. There’s even ancient artwork to suggest the Egyptians were big fans of magic mushrooms too.

These cultures had huge respect for magic mushrooms. They used them in ceremonies for healing, spiritual awakening, and creative inspiration. They called them by evocative names: food of the gods, the flesh of the gods, children of the goods, and they were always linked to the mystical and divine.

In his book ‘’The Immortality Key – The Secret History of the Religion with No Name’’, Brian C Muraresku puts a good case forward for psychedelics being at the base of all religions.

Magic mushrooms for sale.For a long time, the sacred knowledge of magic mushrooms seemed lost to the world. But then in the 1950’s botanist, Gordon Wesson had a famous meeting with mushroom Shaman Maria Sabina. She was living in the mountains of Oaxaca, Mexico and still practising ancient healing mushroom ceremonies.

His meeting was published as an article in Life magazine and the emerging counterculture went crazy for this new natural psychedelic. Wesson’s meeting with Maria Sabina went on to inspire influential people like Timothy Leary and Richard Alpert. As well as philosopher Aldous Huxley and the father of LSD, Albert Hoffman.

And just when the minds of the west were being blasted open by psychedelics, the USA government declared the war on drugs. They put out lots of negative propaganda about psychedelics. And people became scared of these sacred medicines. All psychedelic research came to an abrupt stop. And magic mushrooms and all psychedelics became illegal.

It’s a tragedy that our rediscovered medicine was banned for so long. But fortunately for us, there were plenty of people who didn’t let the law stop them from learning about magic mushrooms. And over the past 40 years, through scientific methods, they’ve been dedicated to making this medicine available to the world again.

Advocates such as Rowland Griffiths, Rick Doblin, Terrence Mckenna, and Paul Stamets refused to give up the fight. Particularly Rick Doblin over at MAPS, he’s made tremendous progress with psychedelic research. To the point where psilocybin, one of the active ingredients in magic mushrooms, has been classified as a breakthrough treatment by the FDA.

And why is psilocybin a wonder drug? It’s becausein just two doses, psilocybin has helped people suffering from PTSD and treatment-resistant depression. As well as this it’s shown a lot of promise when it’s used to help people break addictions. And it’s also shown to reduce anxiety in terminal patients that have reached the end of their lives.

And these exciting scientific breakthroughs have prompted more and countries and USA states to decriminalize magic mushrooms. And Oregon took a big step by completely legalizing magic mushrooms for medicinal use in November 2020.

Magic mushrooms have been with us since the very beginning of time. And without them, we may not have become the creative, loving, spiritual and advanced humans that we are today.

Our ancestors worshipped magic mushrooms but for a good reason, we were separated from this ancient knowledge. However, it seems like the powerful medicine that is magic mushrooms can’t be hidden from us, it’s finding its way back into our society and we are welcoming it with open arms.

Note: If you’re suffering from a mental illness and are curious about using psilocybin or any other psychedelic therapy, please consult one of the relevant medical authorities first. Do not self-prescribe, it’s vital to have the right support and guidance when using psychedelics as medicine.